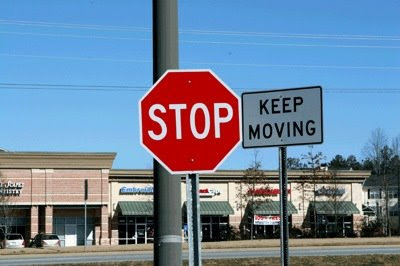 Feminism- the outcome of choosing such a topic lies in the state of one’s mind while penning down thoughts. If you are feeling good then it can motivate men to become feminists. Otherwise, it can simply turn out to be a hate speech.
This ideology has many facets depending on the societal class one belongs to or the political situation one is subjected to. While we have few women fighting for equal pay at work and longer maternity leaves, we still have a lot of them struggling for basic political rights & requirements pertaining to personal health. So, this topic has a wide spectrum. Therefore, I will talk briefly about only one such stigma plaguing our society that dictates traditional gender-specific roles and I believe its impact is mostly on the middle-class ambitious women. The conscience is quite clear when it comes to other sections of our society. On one end, if we have women entrepreneurs paving their way to the Forbes list, on the other end the need for every family member to be financially contributive irrespective of their gender is a bare minimum necessity. There are always exceptions to every philosophy.
I believe the main hurdles in bringing about reforms in a patriarchal society are the women themselves because some of them are more male chauvinist than the men themselves. This can even be seen in most of the movies and if carefully observed even in our day to day lives where women either convince or confuse in prompting other women to take a back seat, to underplay their boldness & to morally make only women responsible to be the flag bearers of tradition and domestication.
These gender-specific roles have equally been a spoilsport in men’s lives as well. They have equally been pressurized to be the remunerative parent or son. We have always undervalued their role as caretakers. This is also another major root cause for men not being encouraged to consider full-time childrearing in the initial years of the child birth which can only aid both parents in thoroughly enjoying parenthood and suffer less on the career front.
In the middle-class fraternity, appointing a nanny is either financially challenging or morally questionable. Motherhood is certainly a blessing, but I am sure some of us who are god loving & not god fearing have at times complained about the bigger baggage it gets along. There have been times, where I have cringed looking at some of my friends (without kids) frequently holidaying or felt left behind looking at their updates in linked in profiles or for that matter even praying to god to have had twins so that there is career break only once. These kinds of thoughts never get empathized with; where a woman can seldom prioritize self-care over the needs of her family without guilt.
I strongly believe we can hope to live in a world where female strength is not remarkable but merely normal by empowering men to embrace domestic roles without much hassle. This will, of course, take its time, but there can be a beginning towards normalization. I believe there are already few positive exceptions to this as well. It’s time to fight for longer paternity leaves & benefits now that we have a few good reforms through the maternity benefits act. This change can go a long way in considering motherhood as a true blessing.
A woman’s life is already a bundle of time-bound settlements right from choosing professions to suit the domestic life, getting married at a certain age, making babies at the right time (with the biological clock ticking) and then, of course, the default caretaker of the young ones and the old ones. I used to wonder how some women pull off a successful career amidst all of this. I found a practical answer to this through one of the speeches of Indra Nooyi where she said a woman can never really do anything without adopting little coping mechanisms and stop feeling guilty for not doing enough.
When a woman is deprived of the decision making positions & from being financially independent, the ideological, social & creative freedom we all talk about is merely a theory. Consequently, we will have a lot of women frustrated & delusional and end up being feminazis instead of feminists. On the practical front, we are foolishly undermining the unpredictable life where a lot of women are left unprepared to take charge during the crisis.
With the current Prime Minister of New Zealand being the first sitting Prime Minister to be pregnant whilst in office, there is a silver lining in instilling compassion and empathy amongst the genders & in making motherhood just another milestone.
The man who gave me wings to fly- my father, had a better sense of home décor than me;
The man who showed me my maternal side much before I became a mother- my brother, has more inclination towards gold than me;
The man who is fueling my dreams-my husband is a far better cook than me.


All this makes me wonder if the world can be a happier place if we all just choose to do what we like best instead of being dictated by gender governing traits.
Posted by Shilpa at 9:03 AM 0 comments